In day 3 we climbed the iconic steel structure of the Sydney harbour bridge. The climb itself was thrilling, in particular when we reached the top. Although a little breezy, the views were unbelievable, largely due to the clear skies. The bridge is a huge feat of engineering; built with over 6 million rivets (10,000 believed to be lost in the harbour below) and with the road completely suspended and able to withstand 160,000 cars every day. The steel that the bridge is made from is mostly steel from Middlesbrough, roughly 80%. The day was finished off with a game of touch preparing for the first fixture against kings.

Day 4 was match day, but a relaxing morning involved a trip to see koalas and kangaroos… keep an eye out for the match reports. 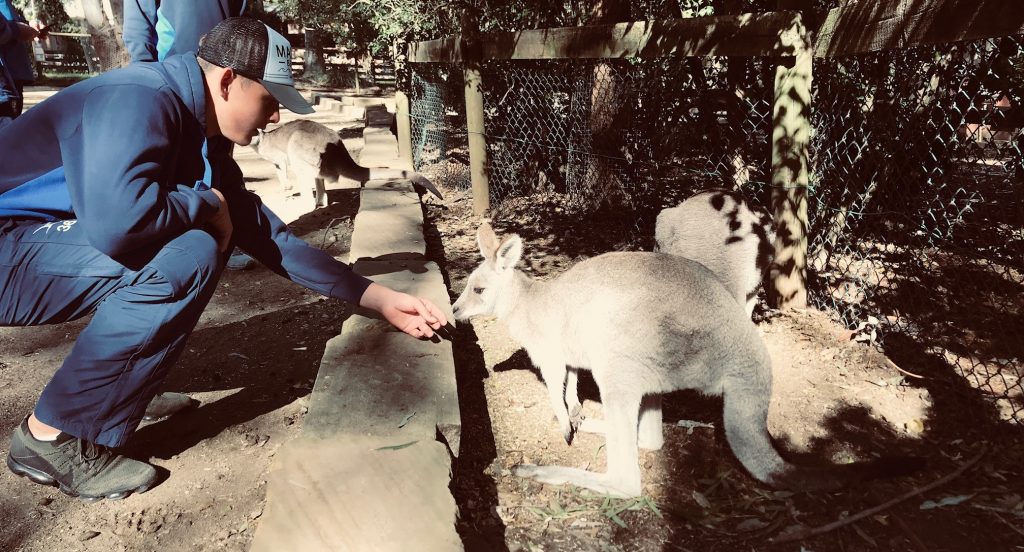